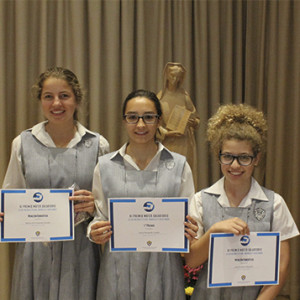 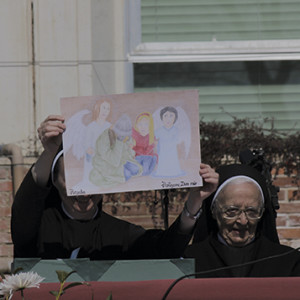 The “Mater Salvatoris” Award for Moral and Christian Values was established in 2002 in response to the need to encourage reflection and seek out ethical models that might serve as a reference for conduct in the world today. Since then, this prize has been awarded annually, always relating to a current theme.

For the 2015-2016 academic year, the 15th edition of the prize relates to the call issued by Pope Francis and proposes reflection and internalisation along the theme: “Mercy, a life choice for the world of today”.

Mater Salvatoris School has a long tradition in the pursuit of academic excellence and the well-rounded development of its students.

At its 2015 Schools Competition awards ceremony, Madrid City Hall awarded the winning team with a diploma, a medal and a trophy: the second they have won for the School.

In recognition of the 100 best students in the University Entrance Test (PAU) for the 2014-2015 year, the Rector of the Complutense University of Madrid awarded Mater Salvatoris a diploma for the excellent academic preparation displayed by its students.

The following students in the class of 2015 have been recognised for their academic achievement: 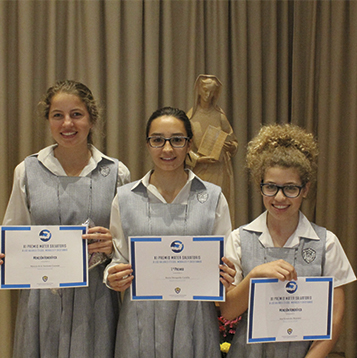 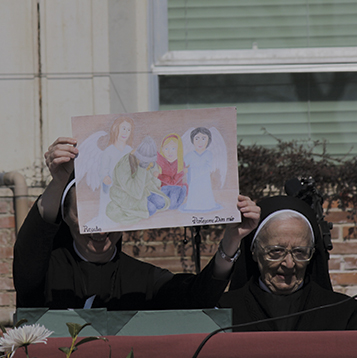